SMMA is the government entity responsible for delivering local radio and TV services to the South Nations, Nationalities & People’s Region (SNNPR) of Ethiopia – a population of approximately 16 million people. South TV, the regional TV broadcaster, was established to support and develop a strong regional identity, providing news and entertainment with a focus on local cultures. However, the broadcaster’s existing analogue TV services offered viewers only a few hours of local programming per day, with production tape-based and content transmitted from Addis Ababa. In 2011 the decision was made to strengthen South TV’s offering with the launch of free-to-air HD services. The objective was to deliver 18 hours of daily local news and entertainment, transmitted in both SD and HD from new playout facilities in the region’s capital Hawassa.

To capture locally produced content from across the region, 15 Panasonic P2 cameras have been deployed for field acquisition. The P2 card readers integrate to Avid edit suites to allow content to be directly imported to the editors’ timelines, and hence on to the central storage system or Archive platform – providing a smooth file-based workflow.

Programme schedules created using Pebble Beach’s offline Playlist editor are used to drive the Anchor MAM system to ensure SD and HD transmission-ready content is pulled from either the NetApps central storage or DiskArchive ALTO digital archive. Material is cached on to a mirrored pair of Dolphin servers, providing a redundant main and back up playout channel. 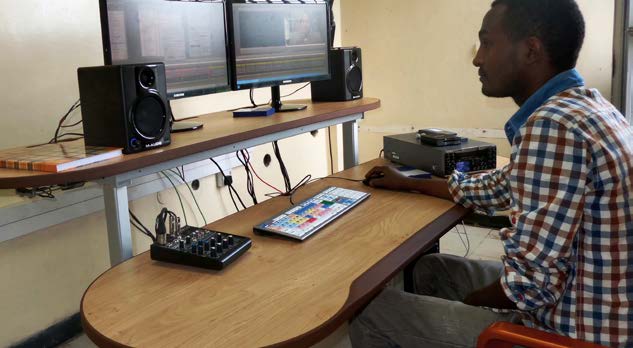 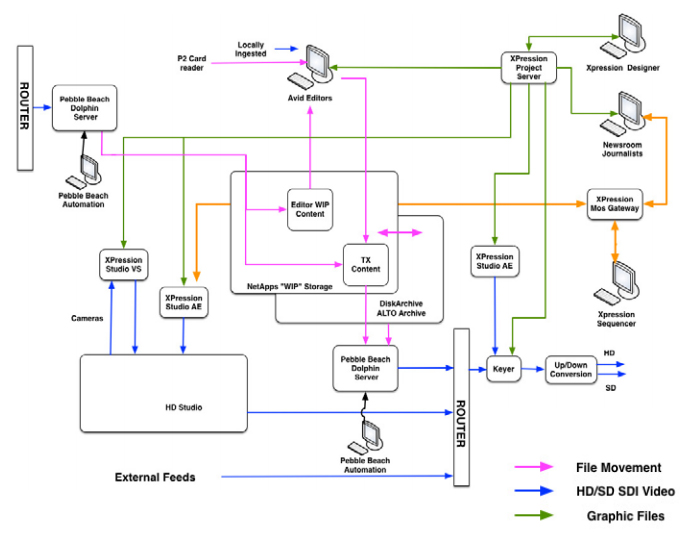